skip to main | skip to sidebar

Service to Community (Relief effort during the Nigeria-Biafra War) 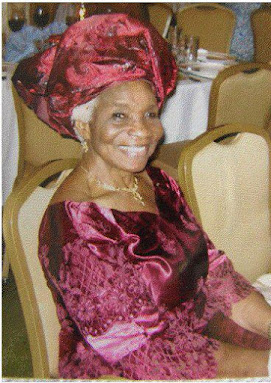 Ugobueze, an accolade which means *Eagle is the king of all birds* is the name which admirers and associates refer or call Chief Mrs. Oyibo Odinamadu, MON, KSC, JP etc.

She was a humane woman who would sacrifice everything at her disposal to aid and see that the lot of downtrodden is improved.

Some of the feat she achieved  are as follows;

(1)    At the peak of the Biafra war, kwashiorkor was ravaging the kids of the new found Biafra. The sight of dying kids was unbearable to her which made her in agreement with the Biafran government, she went to the UN General Assembly with some kids afflicted with Kwashiorkor. This singular input made the world and Africa to hear and commence the lifting of kwashiorkor kids to Gabon and she was appointed to chair the distribution of relief materials to the starving Biafrans during the war. The rest is better imagined.

(2)  She served as a committee member of the Unity Party of Nigeria, which saw her serve as an adviser to Prof Ambrose Ali, FAS, the second Republic governor of Old Bendel state, (now Delta and Edo states of Nigeria). She, in that capacity saw to the establishment of Bendel State University Ekpoma, she served as the member of the Governing Council of the University. This was to make education affordable to the public who may be estopped from getting the University education owing to the inglorious quota system of the federal government. This was after she had, not minding that she was a member of Unity Party of Nigeria worked with Hon, Engr Roy Umenyi, (Deputy Governor), Engr Akpati and Hon Charles C. Iwobi  the Commissioner for  commerce & Industry and Chief Chukwuma Okoye, the honorable Commissioner for Education, all under Chief Jim Nwobodo to establish Anambra state University of Technology, Enugu which birthed Nnamdi Azikiwe University Awka, Enugu State University and Ebonyi state University.

(3)  She served as Chairman Rural Electrification Board, under the Government of Col. Rob Akonobi of Old Anambra State. She was in the position and facilitated the electrification or energization of Awkuzu town with the APU Cameroon branch who were lately joined by the APU government of Mgbadabuanu/Lagos branch under the captainship of Late High Chief Iganatius Ojemeni, Akunetigbu Ilo, Akajiani Awkuzu.